KRISTAPS BEDRITIS (LV)
Kristaps Bedritis (Keep.Rhythm.In.Soul.) is a Latvian singer-songwriter whose music is a blend of acoustic, deep and melancholic tunes with a dark twist and a light at the end of the tunnel. He delivers music for the ones who stop and listen. He has lived abroad for a few years in the past and is currently based in Riga, Latvia. His debut EP ‘Worlds Apart’ was independently released in 2015, including 5 acoustic songs recorded in his own living room, which gives the sound a more intimate and personal feel. Kristaps has played in cafes, art galleries and festivals (Positivus, Give&Get) in Latvia and has also done a few gigs abroad (Wales, Norway, Berlin, Warsaw). This year he’s toured around Latvia with his EP and is looking forward to bring his music to listeners outside his native land.
https://www.facebook.com/keeprhythminsoul 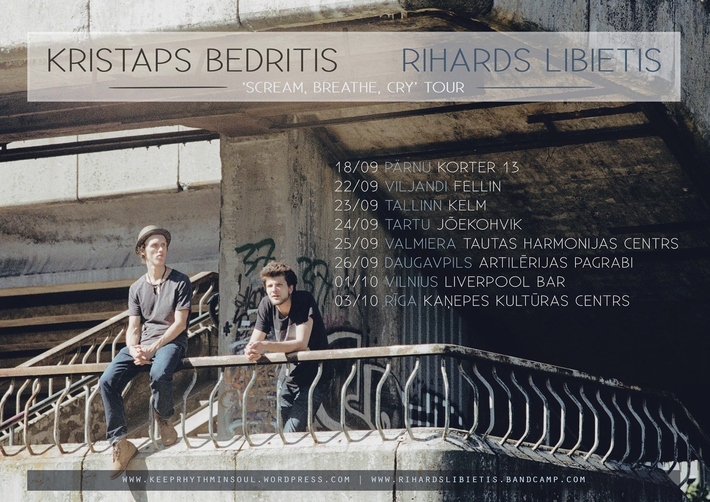